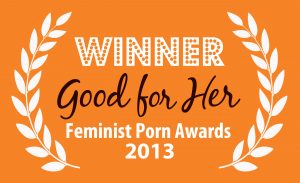 Here is a list of the complete TROUBLEfilms nods for the 2014 awards ceremony: