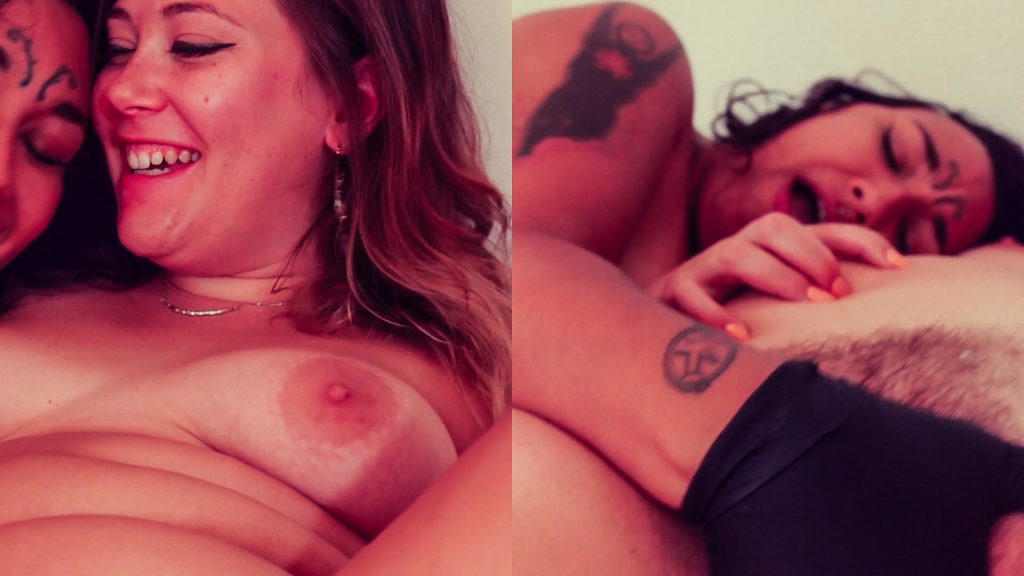 In the first scene, Courtney Trouble directs Chelsea Poe in her first indie solo scene, shot with subliminal messaging inspired by The Revolution Is My Boyfriend by Bruce La Bruce. Next, Lyric & Suzie celebrate a birthday with a Slutist tarot card reading and end up getting really, really gay. Then, Trouble invites Jade into their bedroom for an intimate naked strap on fuck set to music. Finally, Chelsea Poe and Courtney Trouble meet up with Sinn Sage for a sex worker self care orgy, in which everyone squirts and Sinn and Chelsea manage to hold hands inside of trouble’s cunt.