In another lover’s scene, Drew takes on the Dyke March (in a cute Trans Grrrls throwback!) with real life sweetie Andre Shakti. Flirting in the grass, foreplay in the trees, and full on lesbian fucking in a tent? It will convince anyone ever that pride parades are where it’s at when it comes to the best lesbian cruising!

“I wanted to focus on three women who have really put forth so much effort to make the industry a great place to work, and really embody that TROUBLEfilms creative spirit. Bailey, Chelsea, and Drew stand above the rest in my mind as muses and incredible individuals. They are three of the most important trans performers of our generation.” 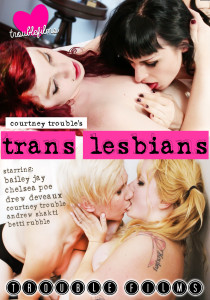 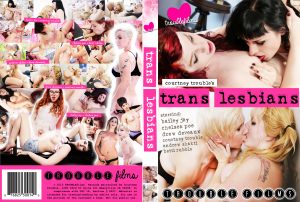