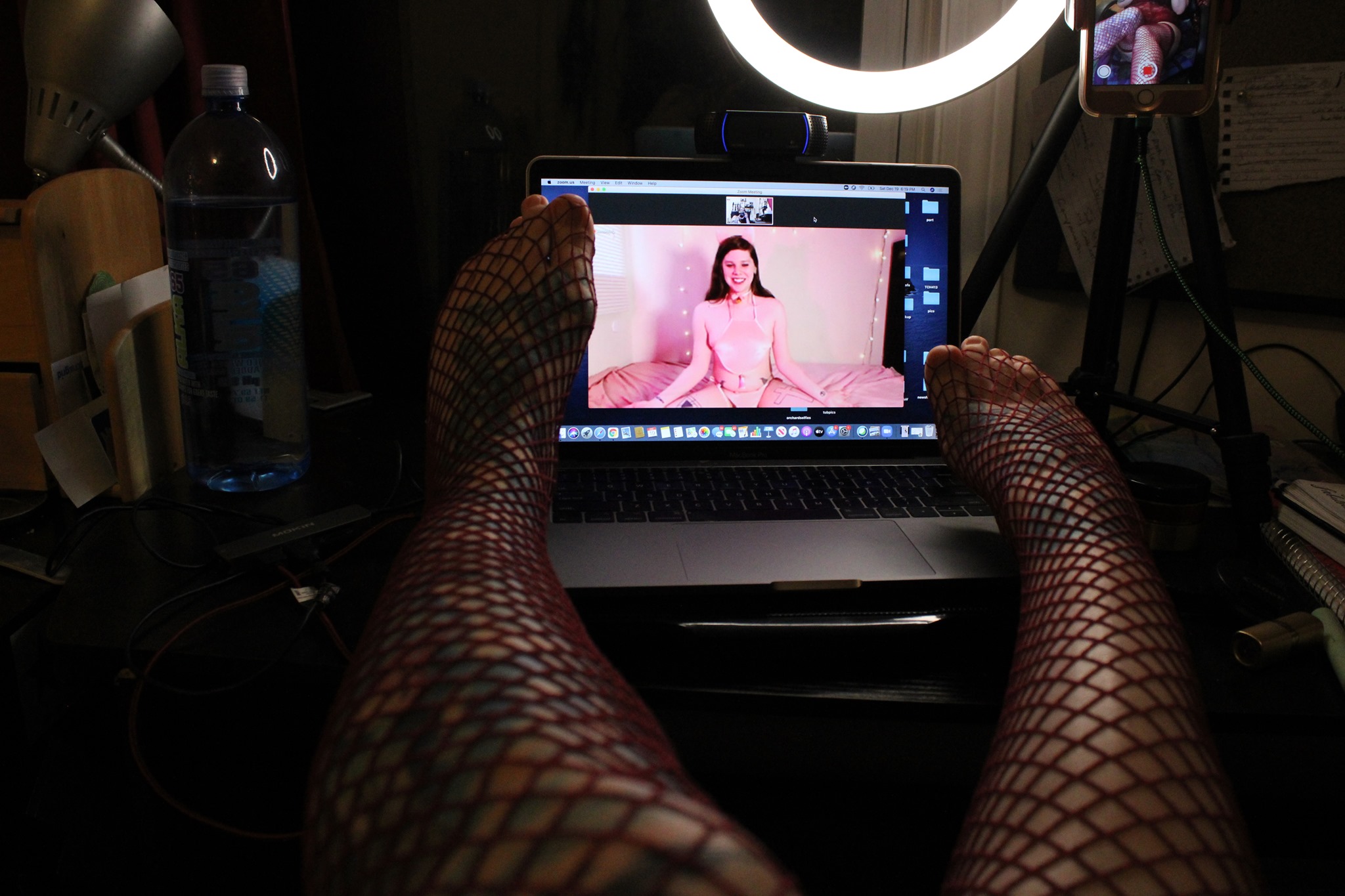 You are invited to watch a scene from the upcoming film “Perfect Pig” being shot LIVE on January 17th at 8pm EST!

Bella will be joined by fellow Pro Dommes Amazon Maddox and Martine Phoenix in a group humiliation live stream of the three Dommes virtually ganging up on Chelsea. “It’s sort of like a mean girls, group Domme humiliation scene,” says Poe; “with an extra layer of mindfuck because it will be livestreamed and anyone can come in and see the action.” Each Domina will be having Chelsea do different tasks for their amusement, culminating in a very special performance by Chelsea for everyone’s enjoyment.

Bella says, “This scene is really important because everyone gets to see Chelsea’s full transformation into a pass around pig.”

The scene will be live-streaming for FREE on Bella’s AVN stars:

“Perfect Pig” will be released digitally for Valentines Day via TROUBLEFilms.

The event is finished.